Guides to help you get better at technology
We do our best to stay on top of the latest in tech so that you don’t have to search the entire internet for what you are looking for.
Productivity

How to Learn Python from Home

Share this guide
COPIED!
The views and opinions expressed in this article are those of the author and do not necessarily reflect the official views of our team.
Want to learn a coding language? Here are some tips for starting your Python coding studies from the comfort of your own home.

In today’s modern technological world, knowing a second language can be a huge boost to your career. Though second spoken languages are of great importance, that isn’t necessarily the type of language you should pour all of your efforts into. Rather, many companies are desperate for qualified employees who are capable of understanding a different type of language altogether: coding languages.

However, much like learning Spanish or Chinese, coding languages have a steep learning curve that can make accomplishing the basics challenging. Dedicating yourself to becoming competent in a coding language will open thousands of career doors, but it requires significant time and dedication.

If you are determined to learn a coding language, there are a few things you must ask yourself. First and foremost is which language is right for you? Beyond that comes the more difficult part of deciding how you will study regularly, where to reach out for help, and how to do it on the cheap.

Why Learn a Computer Language?

As mentioned before, learning a coding language can open doors in every technical field and many doors in industries that are typically not considered technical. For example, you could lead data analysis for a government agency. This fourth industrial revolution is built upon technological advancements and coding is at the core of all of these.

Nearly everything these days has some sort of coding behind it that makes it work. For instance, your cell phone works because of intricate coding, and new apps are designed using code regularly. Likewise, much larger things such as rocket ships and electrical grids are run using code to some degree.

This isn’t a field that is going away any time soon; in fact, it is growing at an exponential rate. Jobs in information technology pay up to 66% more than other occupations. Even a baseline of code knowledge can land you a good-paying job with plenty of opportunities to learn more and advance your career.

So you’ve decided you’re going to learn a computer language — cheers! The next challenge is determining which language is right for you given your career goals. It isn’t necessarily a straightforward decision as certain programs are used more frequently in certain sectors and newer languages are emerging with some prominence.

For many people aiming for a technical career, the goal would be to learn one of the classic languages. These include things like:

Languages such as C and C++ are generally considered the foundation languages for computers and other software, so they can be great choices for those that are into the nuts and bolts of designing technologies. Java, SQL, and R each have their particular niches — video, database management, and data analysis/statistics, respectively — but they can be used much more broadly.

Python is considered the easiest language to learn and one of the most broadly applicable, which is why it is typically the focus in schools. Plus, the base code is open source, meaning you don’t have to pay to use it and there are a ton of tutorials to help you get started. You can easily teach yourself.

As with learning any new thing, the most difficult part is getting started and establishing a strong routine. It can be especially challenging if you are learning from home. Some tips to get you going include:

Python.org offers a lot of resources for the technical aspects of getting started with the coding language. If you have never done any programming at all, the site encourages you to start with their guide for non-programmers. They recommend the following books for introductory learning:

Sweigart himself creates various books and guides for programming, specializing in Python. All his books are available online for free because, in his words, “programming is too valuable and needs to be accessible to all.”

Codecademy offers courses in Python in addition to courses on HTML and XML among others. A basic account offers free access to the basic courses. Once you have some of the basics down, you can work your way through some tutorials. These do a great job of teaching you the basic syntax and getting you thinking like a computer. Because let’s be honest: learning computational thinking is really the biggest challenge.

Once you’re more fluent in Python, the next step is to start getting creative. Build your skillset by challenging yourself with a project such as designing an app or a long code that solves a problem. Use your help tools to work your way through the design and ask questions along the way. This will help you build a coding portfolio.

You may also try your hand at a coding competition. These challenges can make you a far better coder and build your confidence. Typically the challenges are real problems that various companies are having, so it can also get you noticed.

That’s ultimately the goal, isn’t it? A new job or a new position is why you’ve decided to upskill with a coding language. Start looking even before you’ve finished learning Python.

Learning a coding language is a powerful means of moving ahead in nearly every tech field and many other industries. There are plenty of different languages to choose from and the right one for you will likely depend upon your career goals. Although there is a steep learning curve, there are plenty of information and online tools that can help you get going and perfect your skills. Good luck! 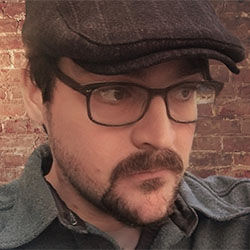 Beau Peters
Beau Peters is a creative professional with a lifetime of experience in service and care. As a manager, he's learned a slew of tricks of the trade that he enjoys sharing with others who have the same passion and dedication that he brings to his work. When he is not writing, he enjoys reading and trying new things.