Guides to help you get better at technology
We do our best to stay on top of the latest in tech so that you don’t have to search the entire internet for what you are looking for.
Cryptocurrency

Privacy Coins Will Be The Victim of Institutional Embrace Of Crypto

Share this guide
COPIED!
The views and opinions expressed in this article are those of the author and do not necessarily reflect the official views of our team.
The institutional embrace of cryptocurrency has been great for Bitcoin. But privacy coins will likely be a casualty.

Photo: Nikolay N. Antonov / Adobe Stock
More of Cryptocurrency
SIDUS HEROES Aims to Set a New Standard in GameFi ExcellenceHolding or Trading Cryptocurrency: What to Choose?Blockchain is Fuelling a Hot Startup Market – Here Are the Ones to Watch in 2022A Guide to Making a Successful Crypto-Token InvestmentMNP Report Shows BSV, Not BTC, is the Real Bitcoin See more

Last year was amazing for the crypto market. And the past 6 months have been remarkable. Trading in crypto by both retail and institutional investors is up. (See this and this.) Fidelity Research reported continued increases in institutional investor interest and more institutions are getting in on the action. Bitcoin and other established coins have managed to maintain strong gains. And governments are slowly accepting that blockchain is here to stay.

Despite these positive trends, there is one important aspect of the crypto community that is likely to become a casualty: Privacy Coins.

An often overlooked aspect of Bitcoin and other cryptocurrencies is that they’re not really that private. If you know the identity of the owner of a specific wallet, it is entirely possible to trace every single transaction they’ve ever made. This is because most blockchain projects rely on freely explorable public ledgers.

Certain crypto enthusiasts would argue that this undermines the purpose of cryptocurrency. If it is possible for a government or organization to trace everything you’ve ever done, then it puts you at risk from retaliation if you do something they don’t like. It also exposes cryptocurrency holders to criminals who may seek to target large crypto holders directly, if they can figure out their identity.

To surmount this perceived problem, a new breed of privacy-focused coins emerged. There are a few of these, but the most well known are Monero, ZCash, and DASH. These wallets all do things a little differently but are essentially designed to make it difficult to identify the holder of the wallet.

To understand how this works, let’s take a look at Monero (XMR). This privacy coin uses an obfuscated public ledger, which means that anyone can send or broadcast transactions, but it is (theoretically) impossible to identify the source or destination. To achieve this, it leverages two key features:

Note:
Other cryptocurrencies might take a different approach, but the end goal is the same. For a privacy coin to be private, it needs to be impossible to connect any single user, with a single transaction. This technology is useful for anyone who wishes to maintain their privacy, but that also causes it to be targeted by governments and other institutions.

Government obsession with cryptocurrency facilitating money laundering is absurd. The percentage of crypto transactions related to crimes has fallen from just 2.1% of all crypto volume in 2019 to 0.34% in 2020. This is just $10 billion in transaction volume globally. For comparison, the total amount of money laundered per annum is estimated to be between $800 billion and $2 trillion.

This means that in the worst case, crypto transactions make up just 1.25% of all money laundering. Yet many government officials are obsessed with regulating it. The current US Treasury Secretary, Janet Yellen, has argued that cryptocurrency is used “mainly for illicit financing” and her views are shared by other influential players, including the European Central Bank’s Christine Lagarde.

Indeed an official from the US Secret Service has urged Congress to take action against privacy-focused cryptocurrencies. Other organizations have also raised concerns about cryptocurrencies using similar (spurious) arguments to those designed to undermine encryption, that security concerns are more important than their citizens’ right to privacy.

Unfortunately for cryptocurrency enthusiasts, the perceptions of the powerful will probably triumph over reality. While they will likely be forced to accept that BTC and ETH are here to stay, they are already pushing to get privacy coins pushed out into the cold. And they are having some success.

Know Your Customer Requirements Are Causing Coins to Be Delisted

Few governments, bar India, have made any serious attempt to ban cryptocurrency exchanges. But some are beginning to take action. Exchanges such as Bittrex have already moved to delist a number of privacy coins.

While few are explicit, the reason is that many are experiencing problems is that they cannot find a way to square Know Your Customer (KYC) and Anti Money Laundering (AML) regulations with the reality of privacy coins.

Many are concerned that their banking partners will react poorly if they continue to offer privacy coins, which traditional financial institutions perceive as risky. For smaller organizations, it is often easier to simply stop offering a product, rather than implementing an expensive risk management strategy.

The bigger challenge for privacy coin advocates is that this is happening due to soft pressure. Very few jurisdictions have a hard ban on cryptocurrency. Instead, exchanges and traditional financial institutes are reacting to a perceived threat, rather than a real one. This is problematic as it requires education. But it also offers a sliver of hope.

Privacy coins don’t face a technical problem; they face a public relations problem. So long as regulators and financial institutions don’t understand how they work, they will continue to be a scapegoat for any challenges in the crypto sector. Indeed the whitepaper released by the law firm PerkinsCoie lays out exactly how privacy coins can function alongside existing KYC and AML regulations.

The problem for privacy coins is that exchanges and regulators have no incentive to put the effort in. It falls upon the industry itself to produce compelling arguments that explain how they can function in a cryptocurrency ecosystem that has been connected to mainstream finance.

Fortunately for them, the data appear to be on their side. They just need to find a way to properly convey this to the wider world. 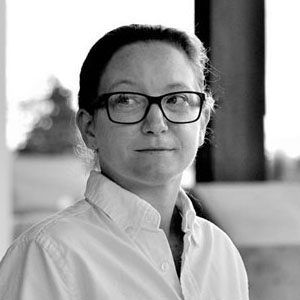 Toni Allen
Toni Allen is a contributor and editor at Commodity, a leading resource on commodities markets and trading. She enjoys sharing insights that help new investors save money and avoid common pitfalls. In her spare time Toni enjoys spending time with her family and exploring the outdoors.