Guides to help you get better at technology
We do our best to stay on top of the latest in tech so that you don’t have to search the entire internet for what you are looking for.
Accessories

Share this guide
COPIED!
Instead of going straight for games as is often tradition we're going to be looking into gaming accessories and gadgets for your gaming experience.

Another year has come and gone. Now that the celebrations for the new year are dying down, it feels appropriate to take a moment and look back at the highlights of the past twelve months to see what we might have missed between high-profile game releases and hype-generating events popping up every twenty minutes or so. Instead of going straight for games as is often tradition we’re going to be looking into accessories and gadgets for your gaming experience.

Playing a solid game is fine and dandy until your experience is hampered by shoddy equipment. Do yourself a favour and swap out a few of your cheaper peripherals to see what kind of a change can be made by spending more than you’re used to. Not too much more, but just enough to ascend to a plane where your mouse’s batteries aren’t dying every week or so.

If you prefer a mouse without batteries due to drain problems and running out of money to throw at new ones, chances are you’re probably using a fairly old wireless mouse. Early generations often had trouble running a day or two without a charge if they used internal power, but power conservation in mouse technology has reached a point where changing out batteries is an event you may only have to deal with twice a year.

Battery life isn’t the only reason the G602 is a strong seller from 2017: It’s got six programmable macro buttons and adjustable DPI settings that can be fine-tuned in a program suite so you can find the exact level of sensitivity you need for various applications. The only possible downside is its size; Users with small hands may not find it as comfortable, especially if you use a claw-style grip instead of palm-gripping your mouse. VR is blowing up. It’s been growing steadily for a few years, but it finally feels like the field is evolving to the point where it’s accessible to almost any level of end-user if they have the funds to build a strong PC and enough space to flail around in front of that PC like a buffoon. You may not look cool swinging around a remote in your bedroom, but the experience is something that can’t easily be replicated. Entertainment is creeping towards a level of immersion that it hasn’t seen since the Virtual Boy crashed and burned several decades ago.

Frankly, there are too many solid headsets currently riding the popularity wave to single out in a headline. The Versiontech G2000 is still sweeping the top of Amazon’s seller charts despite being several years old, but everyone from Razer to HyperX seems to have an attractive set of mid-range headphones that will blow dollar store earbuds out of the water any day of the week.

If you’re feeling particularly serious about finding better headphones, however, noise cancellation is still an important factor in better sound quality and reducing ambient noise. Though once saddled with a reputation for being fairly expensive for their quality level, prices have hit a point where finding cheap noise cancelling headphones is no longer the struggle it used to be. In fact, it’s even possible to find a solid set of noise-cancelling headphones under 100 pounds that can easily serve as your daily wearers. For more information, read more here for more information on making smart headphone choices. 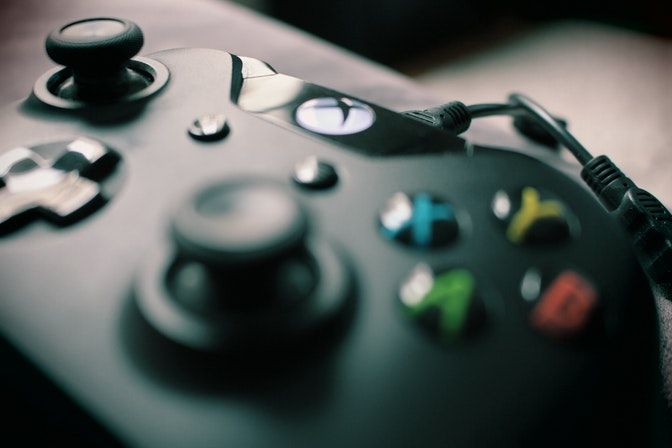 Again, there are just too many standouts in the field to cut down the list to one solid entry point. Xbox One and PS4-style controllers are fairly safe in Amazon’s top-seller list for PC accessories at number 24 and 25, respectively, but a SNES-style USB gamepad is actually a solid ten ranks ahead of its next-gen cousins. Considering the popularity of the SNES Mini, that’s probably not much of a surprise, but it is nice to see classics getting a modern update. You could always break out a USB adaptor for old controllers but they’re not always perfect; The SNES adaptor I’ve used from time to time grabs onto controllers with a death grip and seems to loathe to allow them to be unplugged, which usually leaves me hesitant to break it out.

Anything is better than breaking out an ancient Gravis GamePad, though. If you think modern controllers have bad D-pads, poke around in a thrift shop until you turn up one of the original GamePads to see what true horror felt like and then bless your lucky stars you aren’t stuck playing Mario clones on a spongy circle pad back in the mid-90s.