Will Sony Release Thier PS5 Soon?

Share this guide
COPIED!
Here's what we can expect from the latest in Sony’s line of gaming products.

There were some serious rumours going around that had us PlayStation groupies believing that the much-awaited PS5 would have its debut in 2018. For me, that was already a long enough wait.

This tittle-tattle of a prediction turned rumour was started by Macquarie Capital Securities analyst Damian Thong. Well, thanks there Thong for setting us up for heartbreak.

In an interview with German site Golem.de, Shawn Layden, chairman and CEO of Sony Interactive Entertainment America, said that it would “probably be some time” before we see a PS5 release. We can only take that to mean the much hoped for 2018 release is nothing but a dream. Nevertheless, he did give a little insight into what we can expect from the latest in Sony’s line of gaming products, along with addressing some concerns that Sony would start releasing PS5 Pro-only games.

His response: “That will never happen!”

With PlayStation 4 Pro we have for the first time implemented this kind of innovation within the life cycle of a console. The Pro is really only to offer advantages such as 4K resolution and HMD for players who can and want to use that.

Add to this a more stable image rate and larger hard disk space. But [PS4 owners have] no real disadvantages. Each of our games will continue to run on the classic PS4 and possibly slightly better on the Pro.

There are others out there who don’t see Sony changing from a four-year to two-year console release cycle. “My original thought was that you’re going in four-year cycles, not two-year cycles,” said analyst Michael Goodman to We Write Things.

It’s true that Sony will need to come up with something that can compete with Microsoft’s Xbox One X powered by the Scorpio engine. Considering everyone’s pure amazement at the technological feat that is the Xbox One X, the most powerful console in the world (at the moment), Sony has a way to go before it can produce a console to challenge Microsoft head-to-head.

Goodman further points out that it would be a rash move for Sony to detour from the four-year cycle just to compete with the Xbox One X. “[Sony] still has to pay back R&D. I mean there is a lot of expense that went into building the Pro. Are you going to undercut that market before it has made money?” Great point. Anyway, the Pro is capable of playing 4K and HMD games, so why would there be a big rush?

Will There Even Be a Need For a PS5 Console? 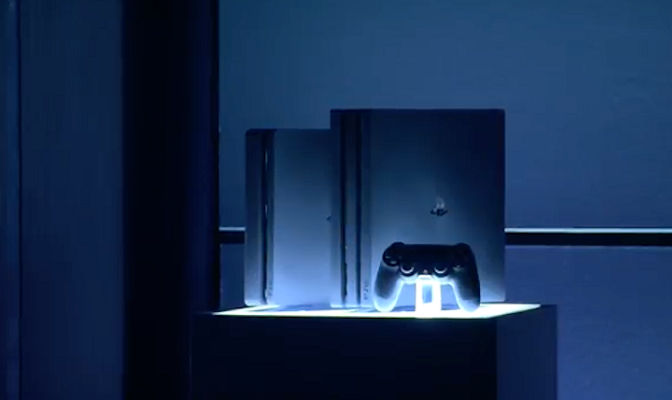 Some have brought up the possibility that Sony may not have the need to create a PS5 console as streaming services are growing, such as PlayStation Now. PlayStation Now is a cloud-based gaming service that allows players to play PS3 games on the PS4 and PC. They are also said to be adding PS4 games to this service this year. The monthly cost for this service is $19.99 ($99.99 if you order a yearly plan).

But Sony boss Shuhei Yoshida was quoted as saying, “If they [developers] still feel that we need more machine power – ‘we want to realise this and that and that, but we cannot do it with the PS4’ – there’s a good reason to have the PS5 so developers can create their vision.”

Powerful gaming PCs have been killing the game consoles like PlayStation for years now, and even with the Pro and Xbox One X showcasing 4K gaming capabilities, PCs will only get faster and faster. The question remains: is it in Sony’s best interest to keep trying to compete with the PC market? As mobile and PC gaming is on dramatic inclines, I’m beginning to wonder if consoles will one day be played out.