Share this guide
COPIED!
We've just barely scratched the surface of what to expect in the next year or so. Going by perceived popularity feels unfair, so let's take a chronological look at what you should be keeping an eye out for.

More of Gaming
5 Tips for Beginners in Escape from TarkovWhen Is Buying a Mid-range Gaming PC vs Building One a Better Choice?DayZ Most Effective Hacks to Take Your Gameplay to the Next LevelStep-by-Step Guide to Downloading PUBG Mobile Global Version APK and OBB 2020Microsoft Flight Simulator is Back in The Skies: All You Need to Know about the 2020 Game Series See more

We’re already a month into 2018 with a few notable titles out in the gaming wild at large. The post-Christmas rush sometimes gets an unfair reputation as being a long stretch with no content to dive into, yet games like Monster Hunter: World are already demonstrating why a game’s quality and its month of release can be entirely unrelated.

We’ve just barely scratched the surface of what to expect in the next year or so. Going by perceived popularity feels unfair, so let’s take a chronological look at what you should be keeping an eye out for. 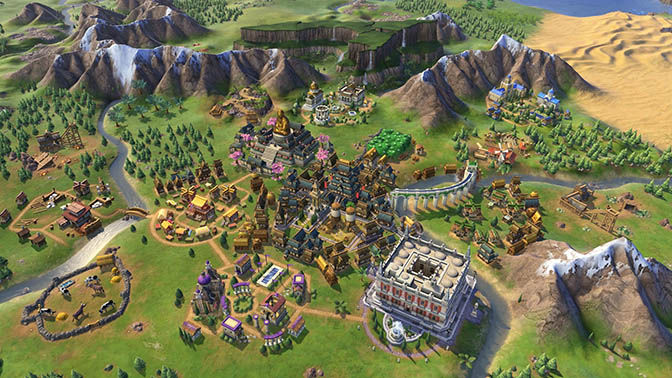 It may not be a stand-alone title, but as the first DLC slated to release for Civ VI it certainly has its work cut out for it. Promising to add an extra layer of depth to city management through loyalty and decay mechanics along with extra civilisations, chances are it’ll live up to its lineage. It is the first game project headed up by Warhorse Studios. It promises to deliver an open-world fantasy adventure with a focus on realism and its sights set on a loosely historic experience. It could offer up a few interesting takes on the RPG and survival genres, assuming it reaches us in its promised state. 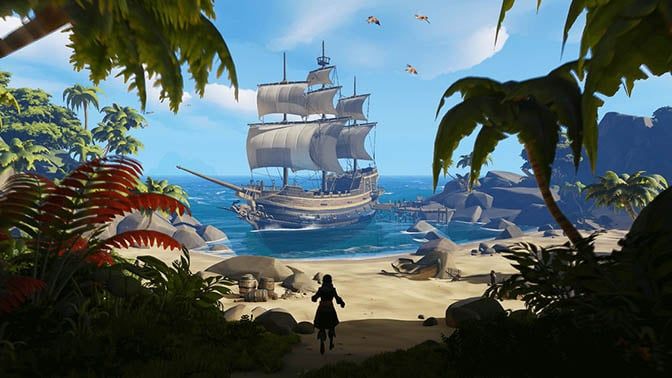 The game takes classic game company Rare in a strange direction, slowly shifting over time from classic platformers, brawlers and shooters to a pirate-themed co-op adventure game that hearkens back to Sid Meier’s Pirates! and its contemporaries, albeit updated for the modern era. It is slated to land on the PS4 the day after Sea of Thieves and seems to have all the elements that made its predecessors strangely captivating. It may be the last title to follow the series’ traditional protagonist, so make sure you take the time to appreciate classic brawler gameplay with a dash of Shenmue thrown in for good measure. Failing that, you could just play Puyo Puyo for hours on end. This one shouldn’t need much explanation at this stage in the series’ life. Instead of destabilising foreign nations as a bumbling American tourist, however, you’ll be toppling a cult within the United States proper, marking the first time Far Cry has hosted an American shooting up America. Now that’s innovation. 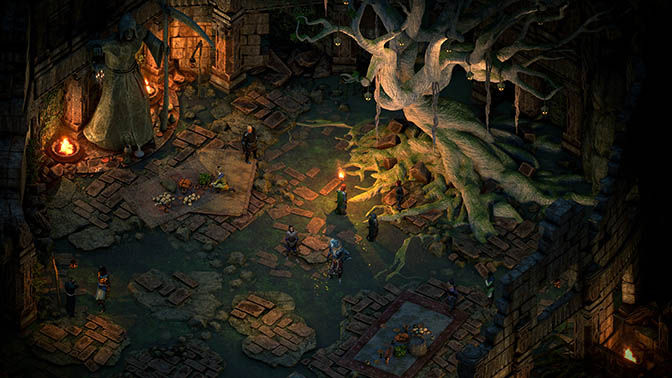 It is another Obsidian RPG that will be hard to pass up. If you haven’t already binged their older RPG titles, take a few days out of your schedule to play Knights of the Old Republic II and Fallout: New Vegas for a quick primer on what to expect. Any sort of role-playing game is strictly in their niche and this isometric followup to the original Pillars of Eternity should placate any western RPG fan. God of War marks yet another classic series reboot, though it feels strange to refer to a PS2 staple as a classic title. It’s only a soft reboot, so don’t expect staggeringly massive changes, though early first looks at the game have hinted the story may not be such a dour affair as the original trilogy. Nintendo Labo almost defies definition. It’s a Nintendo Switch game that focuses around constructing cardboard kits to act as enhanced reality controllers for various games and mini-games. It’s a recent announcement and reactions have been an absolute mess. A hilarious mess, but still a mess. 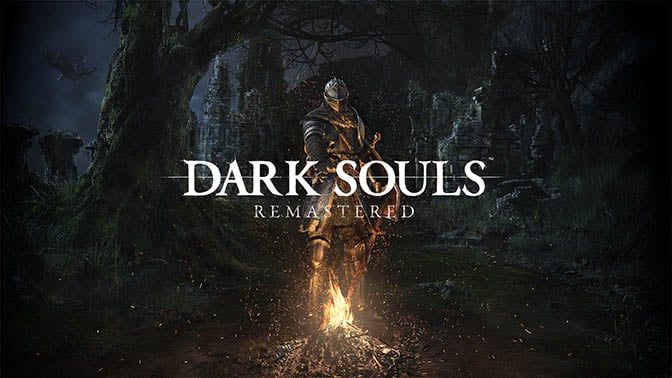 This one is a welcome addition to remastering trend we’ve come to know and begrudgingly love, promising a higher-resolution experience along with an expanded multiplayer cap of six and a few other miscellaneous changes. The downside? It’s going to cost £40 and those who own the original game won’t be getting a discount. Cheeky, that. 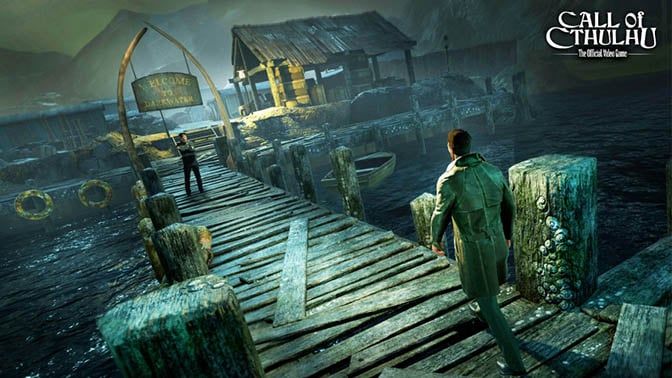 Call of Cthulhu should make tabletop RPG fans very happy or terribly uncomfortable depending on how they feel about conversions of their favourite source materials. Taking notes from Lovecraft’s works (obviously) and the 1981 RPG of the same name, it has yet to be seen if the game’s focus on stealth and horror will outshine the likes of semi-recent releases like Outlast or even older games such as Amnesia: The Dark Descent. Fortnite is tearing up the battle royale genre with its Battle Royale update. Non-creative titles aside, this early release title has been doing astoundingly well and should see its full release in the first half of 2018. If you’re not a fan of PUBG-style games, there’s always that silly tower defence mode to look forward to. 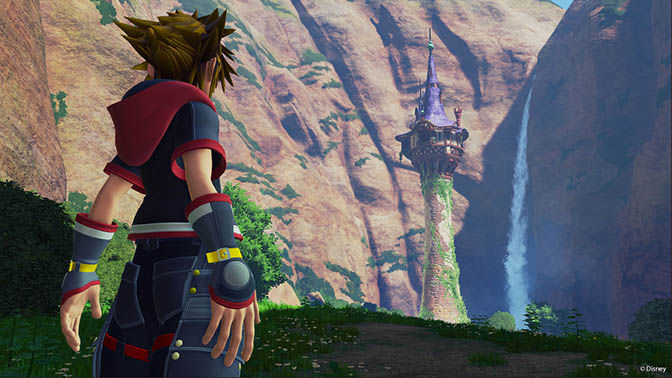 Kingdom Hearts III is reported to be slated for release this year, but it feels like nearly a decade of “it should be here soon” reports have come and gone even if that’s not the case. The game is currently scant on details, but the thought of reviving a classic mech combat game that helped define the genre is a welcome thought. Yes, it’s another case of sequel-heavy plans for a sequel-heavy year, but a little personal bias here and there never hurt anyone. RDR2 is showing all the signs of being yet another fantastic game produced by Rockstar. Again, they can apparently do no wrong short of Shark Card transactions, so there’s no reason to expect anything less than a solid gunslinger experience. There’s still no word of a Windows release, but Rockstar isn’t exactly known for punctuality over quality.

In short, 2018 is shaping up to have plenty of solid games to look forward to, and that’s barely scratching the surface. Honourable mentions go out to Metro Exodus, Bard’s Tale IV, Vampyr, We Happy Few, Total War: Three Kingdoms, Warhammer: Vermintide 2 and countless others. In short, expect a lot of aching wallets as the year marches on.

How to Hunt in Red Dead Redemption 2

Everything We Know about Red Dead Redemption 2 before Its Release

What to Expect from Red Dead Redemption 2