Guides to help you get better at technology
We do our best to stay on top of the latest in tech so that you don’t have to search the entire internet for what you are looking for.
iOS

Share this guide
COPIED!
iPhone X is the latest smartphone creation of Apple, a brand that has consistently provided us with wonderful and powerful phone options that almost always never disappoint.

More of iOS
What Can You Expect From the Apple Event?iOS 12’s Public Beta: Availability, News and UpdatesiOS 11 Beta: Updates, Improvements, and What to ExpectIs this the iPhone 8? Leaked Blueprints Reveal Closer Look at Apple’s Latest CreationTotal Makeover: iPhone 8 Expected to Have a New Design See more

With newest smartphone offering of Apple, you know that the company is getting more serious about beating out the competition. iPhone X is the latest smartphone creation of Apple, a brand that has consistently provided us with wonderful and powerful phone options that almost always never disappoint.

Tthe company’s most valuable smartphone creation in years now offers innovative security features that would put every competition to the test.

Some of these features include a FaceID and an all-screen infinite display that that would easily spell the end of the standard home button that other phones have. In this article, we will explore some of the features and issues that iPhone X users and potential customers would experience. Let’s get right on with it!

How to pronounce the name

Before we proceed to the features, it may be helpful for you first to know that the “X” in iPhone X is pronounced Ten, not Ex. If you see blank stares when you mention the word Ex to say the phone’s name, then that’s probably because you got the name wrong. Well, now you have the correct name. You’re welcome! 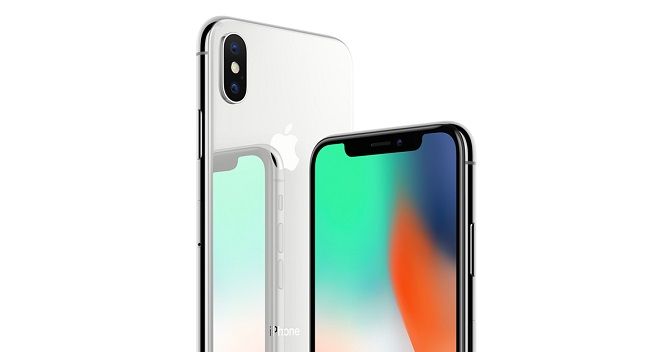 There are many new features and bug fixes that Apple has done for this most important and probably most expensive phone to date after four years of not releasing any new one. One salient feature that iPhone X has is its sleek full-screen infinite screen experience. This new feature is a breath of fresh air after upcycling all the old and new ideas from the previous iPhone models.

It’s also good to know that just because the screen is made wider than the previous ones doesn’t mean the quality is compromised. There’s still the OLED screen quality in the device, and with that, the user can always get the highest quality of images they deserve.

Another new thing you can see from the iPhone X is the concession the company made with regards to the home button. How? By getting rid of it. The absence of the home button makes the phone look even more uniform and sleek, but the drawback there is that it might take a little bit of getting used to, but that’s the price of this beautiful change.

Another new concession made is the fact that you will get a Touch ID fingerprint scanner on the phone to replace the Face ID system, which is a more robust way to secure identity. The vertically-positioned camera is also more emphasized to make it even more aesthetically pleasing.

The new changes from the absence of a home screen mean an exciting and fresh experience for the buyer. For example, the user of the phone can now get a more fluid and smooth experience when going back to the home screen because the user would just have to swipe up from the line at the screen’s bottom instead of hitting a home button hard.

Users who tested this feature said that it means they can access the apps quicker and makes for a smooth swiping experience.

Another new change that the user can see from the iPhone X is the little cut-out at the top of the screen to position the earpiece and the camera. This would be a feature that might be a hate-it-or-love-it addition to many users, but reviewers say that this could be distracting. This cutout will negatively affect the experience if a viewer is watching a full-screen video.

It’s also a neat and clean addition to the brand to make the back of the device in the glass, which is similar to its iPhone 8 predecessor. Apple confirms that the extra-strong glass they used is just the ideal element to make sure that when you drop it, the structure of the device won’t break.

However, many reviewers say that no matter how robust Apple says their glass is, it may be safer to just still put an additional layer of the casing over the phone.

Truly, it can be said that iPhone X fares against its competitors by providing innovative features that previously had been unseen in its other models. With the article above, you can now have a better idea of why iPhone may or may not be your best next phone.