Guides to help you get better at technology
We do our best to stay on top of the latest in tech so that you don’t have to search the entire internet for what you are looking for.
Productivity

Are You a Hardcore Tech Junky? A Tech Loot Guide to Pursuing a Tech Career

This article is brought to you by Russell Fry

More of Productivity
The Benefits of Containerisation: The StoryHow to Get Hired as a Web DeveloperHow to Learn Python from HomeBest 2020 Tools to Boost Your Productivity Working RemotelyThe 12 Best Apps That Make Driving Easier, More Productive and Fun See more

Experts throughout numerous fields of study are all echoing similar sentiments: if you want a solid career, tech-related industries are the best way to go. In this article, we at Tech Loot have mapped out a short, simple, yet concise guide to choosing, pursuing and entering a tech-related career.

Silicon Valley is one of the world’s most famous valleys. it’s synonymous with phrases such as tech startup, high-tech industry, and tech innovation – among a long list of tech-related jargon.

Silicon Valley is also synonymous with super brands like Google, Apple, and Tesla (though so many more great tech startups have been born there).

And though many people from around the world know the name Silicon Valley almost as well as they know Los Angeles or Hollywood, barely a fraction of them could tell you how that small valley south of the San Francisco Bay Area in Northern California became the high technology hub of the entire world.

Believe it or not, the transformation was ever so gradual and began a little over a century ago when, in the 1800s, the Port Of San Francisco allowed San Francisco to become the global hub of both the telegraph and radio industries.

This ultimately led to San Francisco, California, becoming home to some of the nation’s first radio stations in the early part of the 20th century. Then, in 1939, William Hewlett and Dave Packard founded the iconic Hewlett-Packard.

And though we can’t continue to list every single famous person and iconic company to have called Silicon Valley home, we simply cannot leave out William Shockley who, in the 1940s, co-invented the transistor while employed at Bell Labs.

Lastly, any true lover of technology should never forget the many not-so-famous men and women who contributed a lot to the development of Silicon Valley through their own innovations.

“Silicon Valley is an almost $3 trillion neighbourhood thanks to companies like Apple, Google, and Tesla. But it wasn’t always this way.” – Business Insider | How Silicon Valley Became the Tech Industry’s Home

It’s All In the Name

The word silicon in Silicon Valley is a historical reference to the many innovators and manufacturers of microchips operating in the valley.

Presently, Silicon Valley is home to a large number of high-tech corporations from all around the globe, including approximately 40 headquarters of various tech-related companies on the fortune 1000 list, as well as thousands of smaller startups.

Silicon Valley became the leading hub and ecosystem for startups because the area accounts for nearly 34 per cent of all venture capital investment in the United States.

Other than tech-related business consuming Silicon Valley, the area is also well-known for its support of scientific innovation.

After a few paragraphs, you may have started wondering how all the above ties into pursuing a tech career. The purpose behind the sort-of-lengthy history lesson is to bring into focus the pivotal period we/ve reached in this Technological Age.

The once tangible landscape that was the tech industry has shifted to such a degree that other cities from around the globe are becoming pseudo-Silicon Valleys in their own right.

For example, London was listed as the world’s number one hot spot for up-and-coming game developers. The number of available game development jobs in the UK is constantly between 1,500 to 2,000, depending on things like economic trends, with over 25 thousand tech jobs listed on Jobsora.

No longer does a lover of technology have to dream of one day travelling all the way to California, USA, in order to make their mark in the world of tech.

Whether it be Tellavive in Israel, or Berlin, Germany, the Silicon Valley of Europe, or East London, startups are no longer interested in being hampered by the dross assumption that they must set roots in Silicon Valley, California to succeed.

It’s worth noting that most industry pundits don’t foresee another city taking the place of the original Silicon Valley any time soon. After all, too many Titans have staked claim to the valley once known as the Valley of Heart’s Delight.

Nevertheless, for those who dream big but not that big, options abound.

Choosing and Training For a Tech-Related Field

Who hasn’t dreamt of attending the Massachusetts Institute of Technology (MIT) and joining the ranks of notable alumni such as Lawrence H. Summers, Donald Wills Douglas, and Andrew W. Houston?

It’s also good to learn about social responsibility in the workplace, something that is “non-existent” within many high-tech startups in Silicon Valley, according to Tech World.

Rupert Scofield, President of FINCA, wrote in an article entitled Social Responsibility in Tech Is Not an Optional Extra:

“As a result, graduates are increasingly looking to work in companies that offer employee benefits and have a fair and comfortable working environment rather than only a competitive salary. In the world of tech, the situation is no different.”

“Socially-conscious and carbon-neutral companies now have an advantage over companies that push corporate social responsibility (CSR) down the agenda,” Scofield continues.

Keeping such things at the forefront of your mind is important because you never know how far you’ll make it in your future tech career. If you do things right, you may very well be running your very own vertical startup.

Lastly, returning to the subject of obtaining a tech-related degree, I personally hold the view that doing so via an online college is the best way to go. I feel this way because an online course allows one to complete the course material at their own speed and according to their schedule.

Many of you might be looking to switch careers or are working adults looking to break free from the humdrum of a dead-end job. Thus, attending classes at a physical university is likely out of the question.

In addition to that, many online colleges allow students to pay and complete each course subject one at a time or more depending on what they can afford.

Generally speaking, most online universities advertise being able to complete entire courses in 12 to 24 months, with the two-year courses being master degrees.

One of the websites of our choice is CoursesOnline.co.uk, offering a great selection of online Information Technology courses. A few of the courses you can expect to find can be found below.

They offer many more Information Technology courses not listed here, but what has been listed should give you some idea as to how extensive their list of available online courses is.

And before I forget to mention it: while most of these courses can be completed 100 per cent online, there are some courses that can only be done on-campus.

Working or running a business in the tech industry is the most reliable path towards securing a strong and successful financial foothold long into the future. 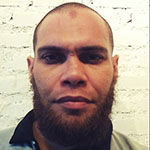 How to Get Hired as a Web Developer

How to Design a Long-Term Career Plan in Information Technology