Guides to help you get better at technology
We do our best to stay on top of the latest in tech so that you don’t have to search the entire internet for what you are looking for.
Gadgets

Is This What the Next Smartwatch Will Look Like?

Share this guide
COPIED!
TechTalk recently tasked kids across Britain with imagining the smartwatch of the future - this is what they came up with.

More of Gadgets
5 of the Most Useful and Amazing Assistive Technologies Available in 2021The Best Technology For A Streamlined Home in 2021How to Decide if You Need a Smartwatch – and Which One to ChooseA Guide to the Best Fitness Gadgets in 2020Tech Rumours: Google Working on Home Assistant with Touchscreen See more

The limitless imagination of children can be both inspiring and, admittedly, somewhat daunting. TechTalk recently tasked kids across Britain with imagining the smartwatch of the future, with a focus on the features and perks of what future developments might offer. While some of their ideas may take many decades to come to fruition, there are plenty of clever ideas and quirks that show a strong mind for problem-solving as well as plenty of optimism for solving common woes. 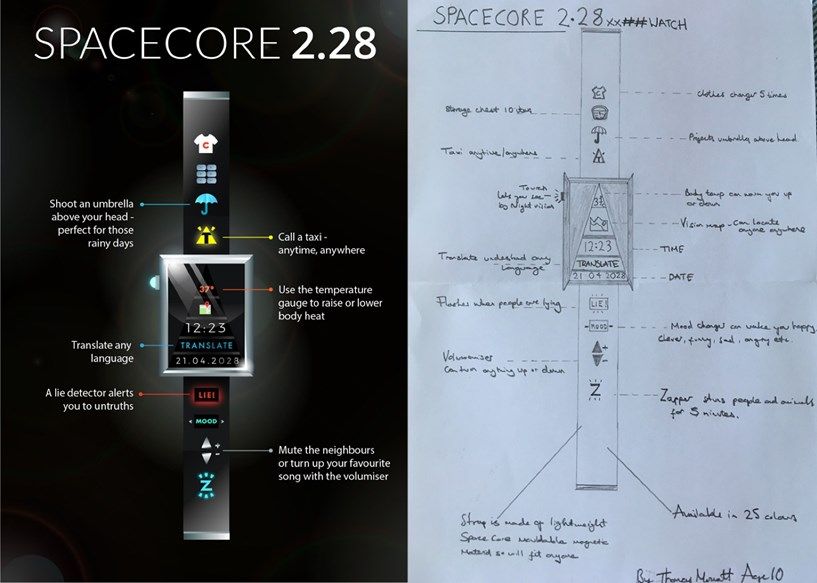 Thomas’ design tackled a great many issues yet managed to hold a very attractive style that seems quite reasonable for a smartwatch, though some of its ideas may take time to be fully developed. Having an umbrella deployed at a button press isn’t terribly feasible yet quick access to real-time translation is the current focus of the Time2Translate, a watch with linguistic accessibility at its core.

There’s no arguing the usefulness of a portable lie detector, either, but we won’t hold our breath on seeing that as soon as real-time translation software. 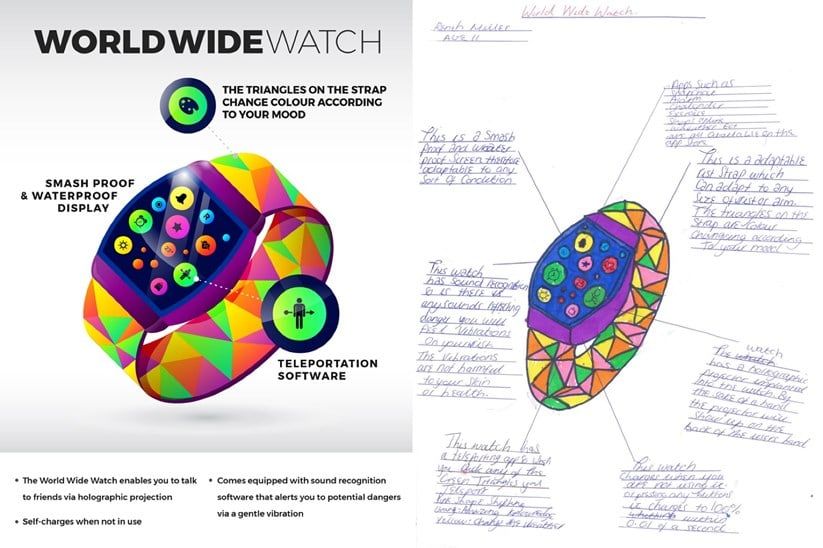 Boasting a holographic display for face-to-face interaction with your friends, the World Wide Watch seems like the next step to follow projection-style watches. As it stands, the Ritot and the Cicret bracelets have been struggling to produce quantifiable results on projection technology since around 2014, leading one to wonder if projection is the best route to follow. There’s also something to be said about the style the watch takes, sporting a very bright geometric design that would look right at home in Back to the Future 2 and its predictions for the near future, which has a vibrant charm. 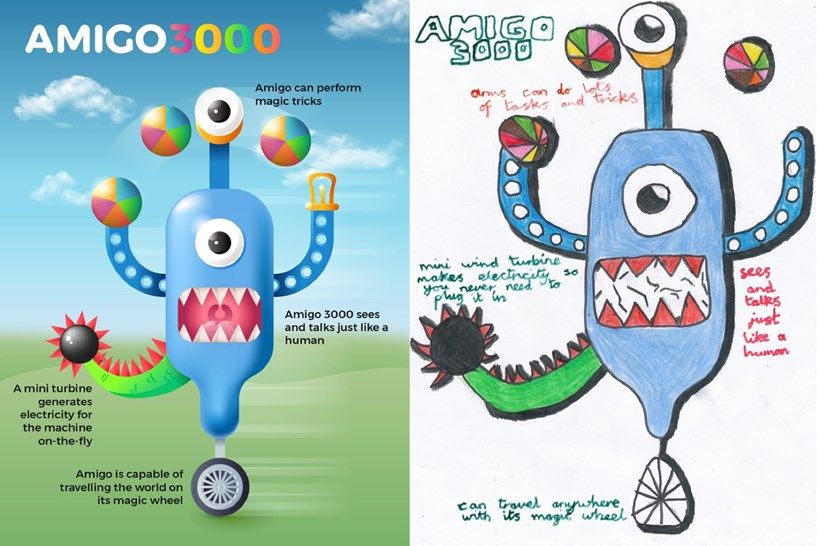 While the form factor for the Amigo isn’t exactly traditional, Benjamin is definitely on to something with a watch that can see and communicate in a human fashion. Prototypes with the capability of scanning the world around you and turning that information into sensor data isn’t the newest concept, but putting that data to use outside of turning devices on and off would be a welcome addition to the technology. A phone performing magic tricks would just be a bonus, really. 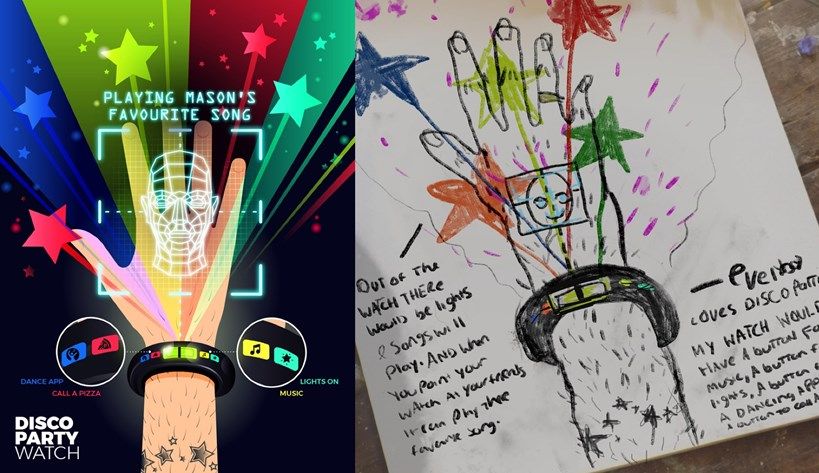 Again, the Dance Watch revolves primarily around the function of taking real-world data and adapting it, except this seem to be a case of facial recognition and profiling put to good use rather than being used nefariously. It’s all about entertainment and providing amusement to those around you, much like how Google Home offers light-hearted quiz games as a side feature that works surprisingly well. 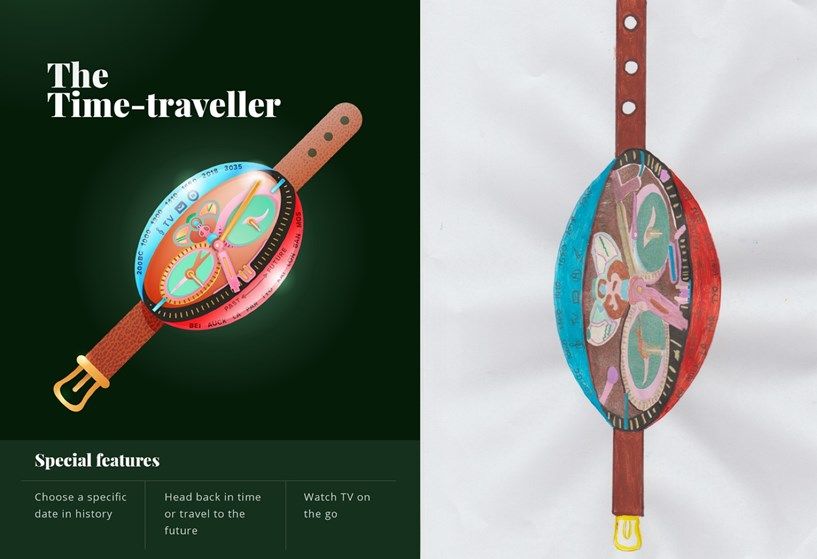 If we’re being perfectly honest, Karina’s time-hopping watch concept may be beyond our current scientific understanding. As much fun as it might be to visit important historical periods to gather first-hand information, the ramifications of fiddling with the timeline rarely go well in the realm of science fiction. That’s a hard sell in and of itself.

On the upside, the Time-Traveller allows its wearers to watch television on the go, which is an interesting prospect; Many smartwatches have screen size problems that prevent extended video-watching sessions without an iron will and a willingness to accept eye strain. Maybe Karina has been conferring with Reneh on how to project holographic television programs to avoid that problem, but we’ll have to wait on a press release to hear how that collaboration works out.

Jokes aside, even children creating fantasy technology seem to have an astute grasp on the problems presented by daily living and how a portable device could solve them, either consciously or otherwise. Some of their designs may seem silly or outlandish, but that level of creativity shows they’re thinking actively and aren’t afraid to throw out ideas that, at the time, may not make as much sense to others. Pushing boundaries is one of the core tenets of moving technology forward and TechTalk’s creative experiment has only scratched the surface.