Share this guide
COPIED!
At the moment the Andromeda project is looking like a candidate for a 2019 release bordering on 2020, but there are plenty of surprises Microsoft may have in store for the mobile market.

It’s not exactly a secret that Microsoft has been working on a dual-screen mobile device for the past few years; It’s the kind of device mobile hardware developers have been struggling to realise since the first smartphone hit the market and Andromeda is just the latest in a long line of attempts. The biggest difference is that it may actually come out in the future, unlike many of its competitors.

The Microsoft Andromeda isn’t even Microsoft’s first attempt at a dual-screen mobile device slated to combine features of a mobile phone and a tablet. Back in 2010, the Courier was famously cancelled and only recently had a proper explanation for its untimely demise: When Microsoft was busy unifying Windows under the umbrella of 8, Courier ran its own custom firmware that might have muddied the water.

On the other hand, the Courier seemed to take the place of a handheld PC meant for general productivity while the Andromeda seems more suited to turning a mobile phone into a more easily customisable device depending on what the consumer needs. If your phone could fold up into a much smaller form factor when not in use and expand when you need to browse the internet or play games, chances are you might overlook buying a dedicated tablet to fill the gap between a phone and a PC.

Courier suffered an untimely death at the hands of a lack of foresight. When Microsoft wanted all of its devices to run the same applications, its mobile division seemed to struggle with properly adapting Windows to mobile and seemed fixated on jamming the OS into a device it wasn’t designed to take advantage of. This is likely part of the reason Windows 10 has taken such a mobile-friendly turn.

The future of Andromeda 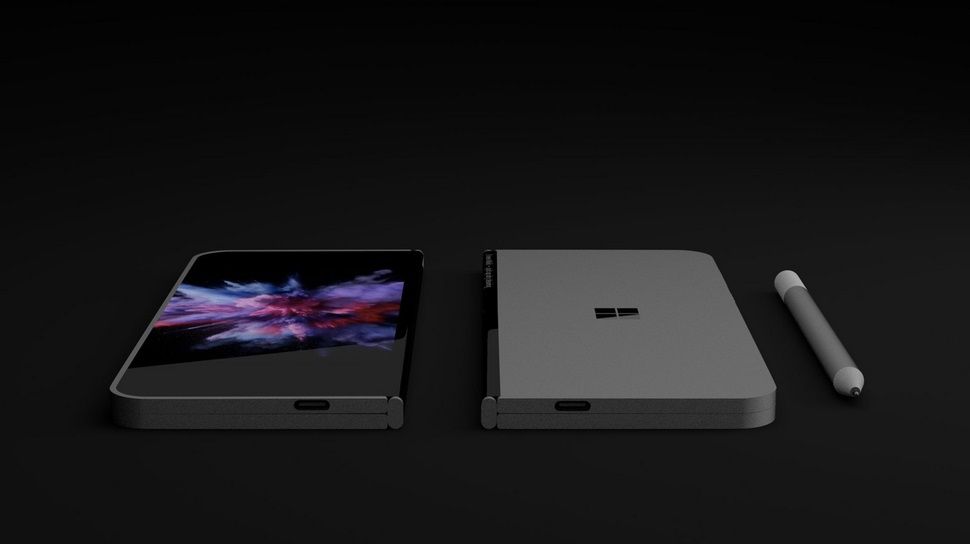 While potentially slated for a 2018 release, it’s starting to look less likely as the weeks tick by. Vital pieces of software were rumoured for the next Windows 10 update, but sources have all but confirmed a long delay that hopefully won’t signal the death of yet another dual-screen project. With software delayed and hardware threatening a need for redesign it’s more likely Andromeda won’t show until 2019 at the very earliest.

It’s the kind of project Microsoft has been struggling to bring to the technology world for almost a decade. Courier’s cancellation was just an unfortunate reality check in the face of dual display devices struggling with large bezels and display sync issues while other companies have looked towards flexible displays rather than bringing separate screens together. It’s a more futuristic angle, albeit one that isn’t immediately realistic to attempt.

In all fairness, Microsoft hasn’t officially announced the Andromeda project to the public in any capacity. All information about this device calls back to leaks coming up on a year old and a lot of the finer details can change with a project of this scope. Pinning down exact details is difficult at best, though sources and rumours at the time pointed towards a device that favoured digital pen and ink over traditional smartphone OS design goals.

At the moment the Andromeda project is looking like a candidate for a 2019 release bordering on 2020, but there are plenty of surprises Microsoft may have in store for the mobile market. A history of bungling up releases may stain their record yet the advent of a true dual display mobile device that runs the Windows OS could very well bring them back into the mobile spotlight and make up for many past gaffes.